What the Fed Can’t Print 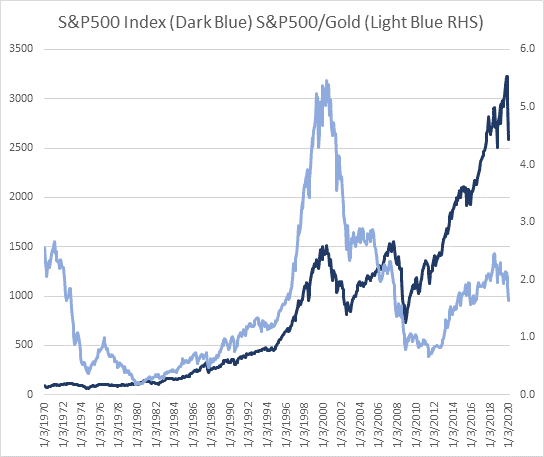 It was another extraordinary day in markets. While the oil market stress that impacted the May WTI crude contract was well appreciated, it was still remarkable that the price of the benchmark contract traded at a negative value on Monday. Of course, the key point is that the real price of oil includes the cost of storage and transportation. If there is no storage available then the cost of storage is essentially infinite.

The price on Monday was dismissed by many as a technical development. However, the price decline spilled over into the June contract today and into Brent Crude which also declined sharply. As a wise friend of mine noted, the breach of the zero bound or psychological threshold on the benchmark in a physical asset is probably not a trivial event. All of a sudden there is (almost) unlimited downside in an asset when the current spot price is still around $20. What do you do if you are producer? As an investor how do you value an oil and gas company? Of course a commodity linked company should not be valued based on a spot price. Rather it should be based on discounted future cash flows based on through the cycle and terminal prices. Nevertheless, the risk premia, like many other examples through this episode, has just increased materially.

Of course underlying the short term chaos is clearly the legitimate problem of ongoing excess supply and demand destruction. To be sure, the world industry has pivoted and started to trim production. However, the monumental collapse in demand combined with the additional supply following last month’s OPEC debacle are obviously the key reason why there is no available storage.

On the positive side, the magnitude of the fiscal stimulus in the United States will take the budget deficit to a level not seen since World War II. Eventually when economies re-open and demand recovers, cyclical conditions will improve for commodities and earnings for producers will recover. On that basis, the recent price action is (partly) an emotional over reaction and the entire world energy sector is already trading at a 20% discount to book value and a 60% discount to global equities (chart 1). To be fair, it is likely that not all companies survive so balance sheet strength is likely to be an important criteria in choosing who to take on. The big picture point is that the sector is materially undervalued from a cyclical perspective when the economy recovers.

Pivoting to precious metals, the spot price of gold has recovered most of its decline through the brief liquidation phase in March. From our perch, the recovery in spot gold is probably related to the (near record) fiscal expansion and the coincident rapid expansion of the Federal Reserve Balance Sheet. The balance sheet is expected to eventually double to around 8 trillion and as many of the gold enthusiasts have long warned, there is an increasing risk that the lines between monetary and fiscal policy will become increasingly blurred. While the current episode is a profoundly deflationary, once the economy recovers the magnitude of the policy expansion will eventually be inflationary. In contrast to fiat currency (dollars) and therefore just about every other paper asset, the Fed cannot print gold. On that final point it is interesting that the value of US equities in gold terms is lower today than it was in 1970 (chart 2). Just before Nixon broke the dollar link with the gold standard. 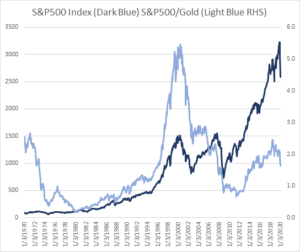