The State of Play & the Global Risk Proxy 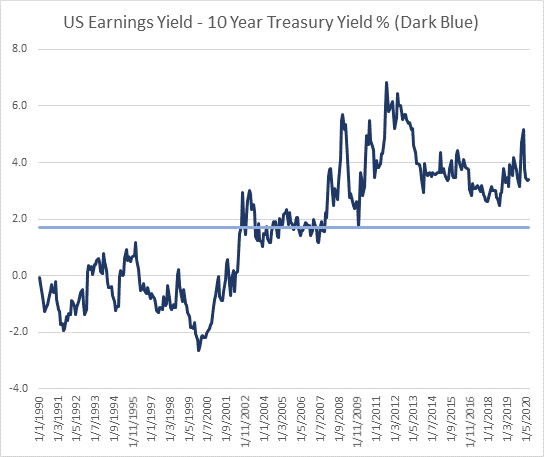 The S&P500 or global risk proxy is trading just below the record high. While that is still in large part due to the liquidity beneficiaries (technology stocks), there has been a (very) modest rotation into “value” sectors and a coincident rise in Treasury yields over the past two weeks. There are a few forward looking points to note.

First, most official activity continue to indicate an impressive rebound in global growth, despite a plateauing in real time data sources such as Google mobility and credit card spending. However, in contrast to earlier cycles; 2009, 2012 (European crisis), 2016 (China growth scare) and 2018 (trade war) the mean reversion in sovereign yields has been extremely muted so far relative to the rebound in manufacturing sentiment (chart 1). The forward non-trivial risk would be a material deterioration in consumer confidence, employment and household spending if there was a failure to approve meaningful fiscal stimulus to replace expired measures. That risk is also evident in Europe and other markets like Australia where there has also been a re-acceleration in COVID cases. 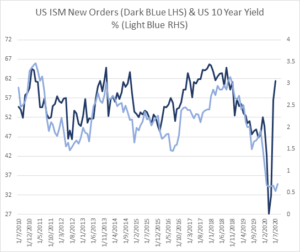 Second, the main factor that depressed sovereign yields during the late 2019 growth rebound from the trade war was amplified by the COVID recession. That force was clearly the depth of the recession (greatest in 100 years) in addition to the magnitude/speed of the monetary policy response and given that consumer price inflation is chronically below target in all major economies. It seems likely that extreme monetary accommodation (stable policy rates and balance sheet expansion) will persist well into 2021 even as growth normalizes post-COVID. As we have noted previously, the fair value bond yield equals future expected short rates plus a premium for inflation risk. Clearly if future short rates are anchored near zero until 2023 that lowers fair value of the 10 year yield. However, if aggressive fiscal policy is sustained it is possible that sovereign yields start to rise in 2021.

Third, from a stock market perspective, extremely low Treasury yields continue to support the valuation of equities. While the earnings yield (the inverse of the price to earnings ratio) has compressed into 2000 levels, the spread over the 10 year Treasury yield suggests that equities still offer attractive risk compensation relative to fixed income (chart 2). As we noted last week, high stock prices and low bond yields are incompatible if zero rates are consistent with zero nominal growth. However, if they reflect early material monetary easing, low inflation and reasonable expectations of an earnings recovery the valuation signal is warranted. A key reason why the earnings-bond yield gap did not work in Europe and Japan over the past decade is that the earnings recovery from the last crisis was muted or trend nominal growth was close to zero. 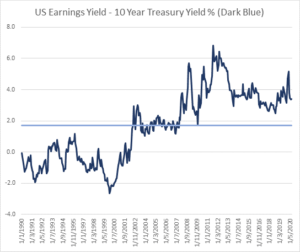 To be fair and taken literally, the ISM manufacturing new orders is consistent with a 40-50% increase in earnings per share (obviously from a low recession base – chart 3). Stated differently, the price to earnings ratio is exaggerated by the extreme magnitude of the cyclical decline in profits during the current recession. Nonetheless, the divergence between price, beliefs and trend earnings appears unusually large and vulnerable to disappointment on the strength of the rebound in earnings. 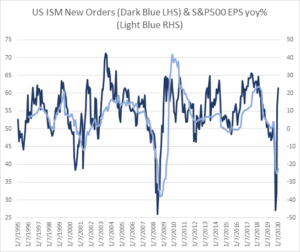 In conclusion, the S&P500 (global risk proxy) is dependent on; 1) sustained policy easing; 2) low rates; and 3) a heroic earnings recovery. A key tactical risk is that one and two are well priced, while the latter could be interrupted if policy support programs are not extended or are allowed to expire. While a rise in yields that accompanied robust growth would be a positive for value equities, that might contribute to a correction in growth equities or liquidity beneficiaries. Relative value also appears more attractive in EM and Asia. With valuation elevated, a large divergence between price and trend earnings, long exposure ought to be fairly modest.