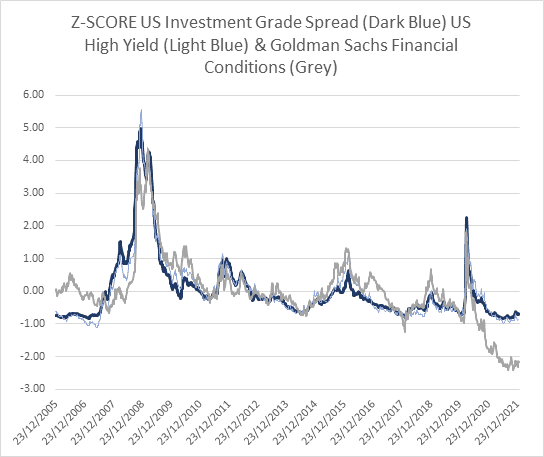 One of the key ways we describe a behavioural episode, is when market participants are focused on a single story. Or put another way, when a key risk factor has become the widely accepted prevailing bias and front page news. In the current episode, everyone is now obsessed with inflation and the potential policy and market consequences. That suggests we might be approaching the point at which inflation is near a peak in terms of velocity. However, our sense is that volatility and liquidity withdrawal risk is still under-priced.

As we noted last week, the way price responded to the highest inflation print since 1982 is consistent with the observation that we may be near peak fear in terms of rate of change. Leading indicators of goods price inflation such as ISM prices paid and the other sub-indices suggest that headline consumer prices have probably peaked. On the negative side, key components of underlying inflation (wages, shelter) and measures of inflation breadth suggest that core inflation might remain persistent and challenging for some time.

While persistent inflation is now a more widely held consensus belief and single story for markets, the challenge is that the Fed’s policy response remains well behind the curve. Moreover, our sense is that the consensus of market participants believe that if equity prices drop a little, the Fed will stop the normalisation process. That bias makes sense because it is precisely what they have done over the past 13 years. However, as we noted last week, inflation in the current episode is 7% compared to 1.9% when they did a dovish pivot in Q1 2019. The “sticker shock” of 7% inflation has also become a political challenge for the Fed and the US Administration. The big picture point for markets is that the odds of a more aggressive monetary policy cycle (faster rate hikes and active reduction in the balance sheet or QT) remain high.

Clearly money markets have already priced 4 rate hikes this year and the prospect of a faster balance sheet run-off. In addition, there has already been a material correction in the most vulnerable hyper-expensive growth stocks. However, the global risk proxy (S&P500) is only 4% below the record high and credit market spreads remain near trough (pre-crisis) levels. In the 2018 QT and rate hike cycle, the S&P declined by 20% from peak prior to the dovish pivot and investment grade credit spreads widened by over 60 basis points. The additional risk in the current episode, as we noted above, is that inflation is considerably higher today than it was when the Fed pivoted in 2019. All of this suggests that volatility, credit spread risk compensation have under priced the potential tightening in financial conditions. Or the cost of protection is inexpensive relative to the potential pay-off (chart 1).

The final challenge to note from the macro news flow last week was the large miss on US December retail spending relative to consensus and the ongoing deterioration in consumer expectations (chart 2). That might also be evidence of the political pressure for the Fed and the Administration. University of Michigan Consumer expectations are only modestly above recession levels. The key point for markets is that the worst combination for investors is a corrosion in growth momentum, coinciding with rate hikes and faster withdrawal of liquidity near peak valuations. 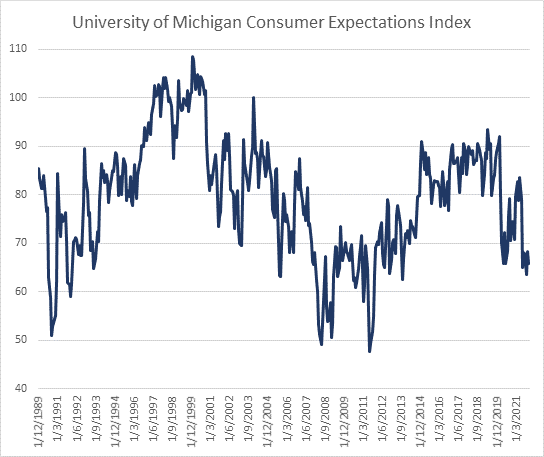 In conclusion, we retain a preference for companies with inexpensive valuation, strong cash flow and low balance sheet leverage. Inflation is now a consensus belief and the key single story for markets, but policy, liquidity withdrawal risk and volatility (the cost of protection) are probably under-priced relative to the plausible risk. A dovish pivot is also likely lower odds in this episode.