Now for the Payback? 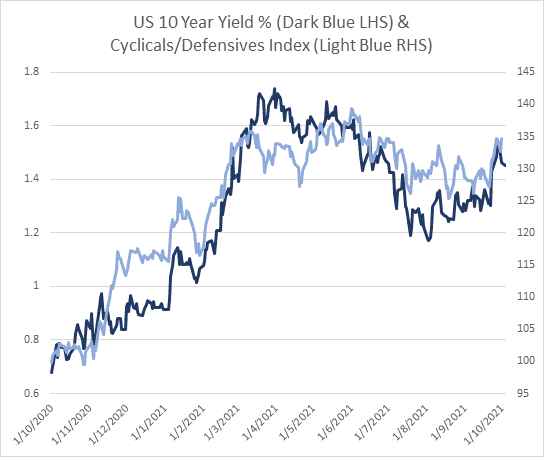 For more than a year, global risk assets have rallied thanks to an almost perfect combination of positive tailwinds. The emergence of vaccines allowed economies to open more aggressively. In most parts of the world fiscal policy has continued to provide support for households and business. Monetary policy settings also remain super-accommodative. This has contributed to the recovery in growth, corporate profits and equity prices.

However, markets care about the rate of change. Policy stimulus pulls demand for from the future and the contribution of fiscal and monetary stimulus has started to fade. That has been particularly evident in this region where China’s credit impulse has slowed sharply since last October. That has probably contributed to the material relative underperformance of China/EM/Asia since February. Critics of extreme policy stimulus (quite rightly) highlight that it might eventually have negative consequences. An example of that might be the ongoing pressure on supply chains and the sharp rise in energy prices.

From a pure price perspective, the nature of the correction in equities over the past few weeks appeared to change. For the first time in the recent expansion the S&P500 (global risk proxy) broke the primary up trend which might set up a deeper correction or probe to the downside. On the positive side, the news from Merck on Friday was genuinely positive with regard to economic re-opening and was reinforced by the price action in cyclical relative to defensive equities (chart 1). The rebound in Treasury yields and renewed outperformance of cyclicals since the low in August is probably consistent with renewed strength in macro conditions. In Asia, it may indicate that China is near a trough in growth momentum and that liquidity conditions will start to improve again late this year. Our bias is to favour equities sensitive to reflation and re-opening such as banks which we see as a hedge for a potential rise in fixed income yields.

The consequence of the largest fiscal and monetary stimulus in history (since at least WWII) has arrived in the form of inflation. This is partially a function of stimulus-supported demand encountering limited supply due to pandemic-related bottlenecks and gaps in the global supply chain. While some of the supply-driven factors will ultimately prove transitory, they clearly have persisted longer than many market participants and central banks might have expected. Put another way, there is now sufficient evidence of supply shortages and bottlenecks disrupting economic activity that it is a concern for profits. Indeed, arguably the entire US labour market – the gap between supply and demand for labour – is consistent with fewer workers for a given level of compensation and therefore a potential wage price spiral over the coming quarters.

The challenge for equities is that this input cost pressure has arrived at a time of elevated valuations and peak profit margins (chart 2). The combination of the supply-driven impact on margins, rate hikes next year and Fed liquidity withdrawal are a legitimate risk for equity prices. At the very least investors ought to have a preference for companies with pricing power, strong cash flow (shorter duration) and the capacity to withstand higher discount rates. In an emerging market context, that also suggests being cautious on energy importers and countries vulnerable to dollar strength/liquidity withdrawal (e.g. India and Turkey). 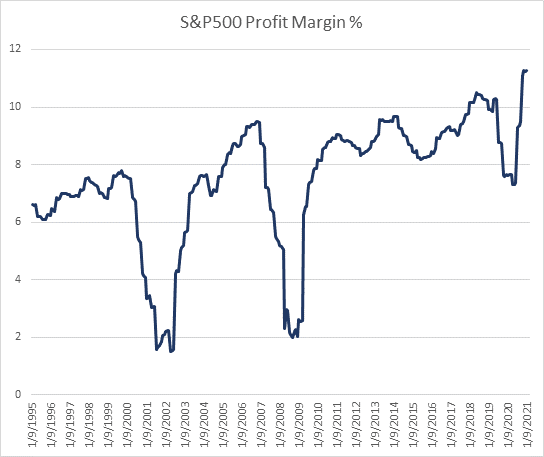 While higher energy prices are “relative” (producers win at the expense of consumers) they have often preceded a policy error when higher prices are not driven by strong demand (the ECB’s rate hike in July 2008 ahead of Lehman was an extreme example – chart 3). However, in a broader sense, we are more concerned about a labour market driven wage price spiral on inflation and the discount rate as that would likely be more self-reinforcing in a negative way. The good news is that macro and market cycles typically don’t end until the Fed tightens policy. That process has only just started. However, what we can say is that conditions are no longer a perfect positive combination of tailwinds. 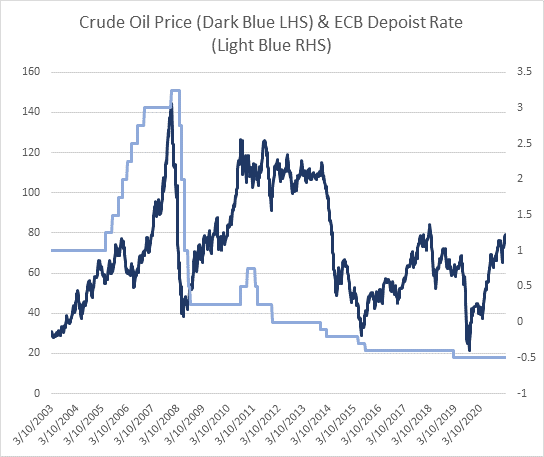