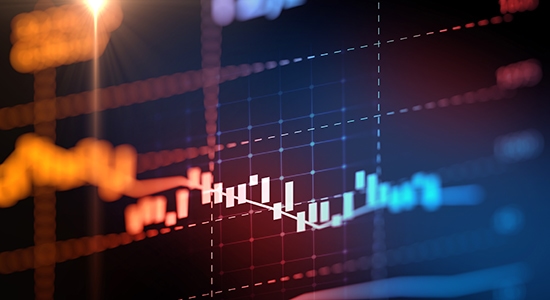 With “The Economist” and “Time Magazine” highlighting the yawning gap between the economic data and equity prices, it suggests that the anomaly has become widely appreciated. While the recent economic data have been as bad as anything in the past 100 years, two year ahead earnings expectations have fallen substantially less than the decline in 2008/9. Moreover, investors are willing to pay almost double the valuation multiple compared to the last crisis. From our perch that seems difficult to reconcile or at the very least poor reward for risk.

Of course, the prevailing bias appears to be that; fiscal and monetary support has also been unprecedented with outright monetization of public debt (helicopter money) to follow. Therefore, from a market perspective, investors are willing to look through the vertical drop in current activity to the earnings trends in 2021. Looking forward, the key issue is path of the recovery. Unfortunately, neither the optimists or pessimists know how this will transpire. In 2008, that didn’t really matter because risk compensation or valuations in equities and credit were extreme. By contrast, as we noted above, the valuation multiple is more than double the level it was in 2008 and already above recent peak levels in February 2020. Hopefully the optimists are correct, but it does not feel like great reward for risk.

Perhaps all that matters in the intermediate term is liquidity? Alternatively, investors are looking through the near term impact on earnings. As we noted last week, it is also telling that US Fed funds futures traded at a negative yield and that a range of real economy liquidity and credit indicators (like bank lending standards) remain relatively tight. Put another way, the inflationary pick up underway is in financial assets and sectors of the equity market linked to growth (in what is perceived to be a low growth world) and quality, rather than value or cyclical sectors. Some investors have started to look for the prospect of genuine inflationary given the unprecedented stimulus. However, the absence of a rise in yields, steepening of the curve or a rise in commodity prices, it is probably too early to anticipate a genuine and robust rotation into value sectors like industrials, materials, energy and financials.

That said, the idea is probably compelling in the medium term. As we have often noted, sustained and aggressive fiscal policy accommodated by central banks has been the most likely catalyst to shift economies and markets from the existing low trend growth, inflation and interest regime over the past decade to legitimate reflation/inflation. The additional positive for long term investors is that the relative valuation of industrials, materials, energy and financials is at a record extreme compared to the broad market and growth or quality (technology in the United States). Furthermore, relative positioning and beliefs in relative future growth and returns between the styles or sectors is also at extreme.

The challenge in the very near term is that inflation tends to lag activity or output. Therefore, as JP Morgan noted, the depth and breadth of the collapse in output is likely to continue to have a deflationary/disinflationary impact on markets and cause recent relative performance trends to persist. The Treasury and commodity markets are most likely to indicate (as they did in 2008/9) that a reflationary phase is underway. Until then, defensive carry trades in credit, technology, growth and quality within equity, are likely to continue to outperform.