Loose as a Goose 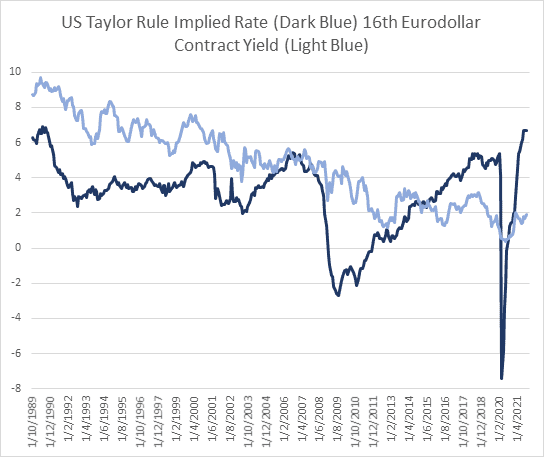 In Australia, a “goose” is a light hearted term to describe someone who is a bit foolish. A more derogatory term might be a “flaming galah.” Last week we noted that the US Federal Reserve might be committing a costly policy error based on the false premise that inflation is pending a normalisation through supply side adjustment. The recent strength of US retail spending which is now well above trend suggests that current inflation pressure has also been driven by excess final demand. Clearly policy conditions remain at emergency levels. That appears inappropriate in the context of the macro news flow. Stated differently, policy is as loose as a goose. But, just how extreme is it relative to historic measures of neutrality?

Following the October Consumer Price Index data and with the upper bound of the nominal Fed funds rate at 0.25%, the “real” policy rate is -6% and around 20 basis points lower than the peak policy error in the 1970s. Clearly the real funds rate has been deeply negative for some time, but the current inflation data has taken “real” FOMC policy to a new low.

A more formal model of the implied neutral rate is the “Taylor Rule” which is the appropriate policy rate based on a central bank’s inflation target and the level of output relative to equilibrium. The time series below highlights the estimate for the Taylor Rule compared to the 16th Eurodollar contract which can be a market implied proxy for the terminal or neutral rate. While there is a persistent gap between the two with market rates (expectations) either too high or two low, the current gap is extraordinarily large (chart 1). Indeed, it is almost 3 standard deviations. Even if you take the Taylor Rule with a large pinch of salt, the gap between where rates are and neutral is exceptionally wide.

In the very near term, there has clearly been a repricing of short rate policy expectations. As Cam Crise noted overnight, Monday’s price action was just the third time all year that the 2nd through 5th Eurodollar contracts all fell by at least 10 ticks. That is significant because much of the short term interest rate market trading over the past six months has been about the shape of the curve (the pace of tightening) rather than the level of the curve or the magnitude of tightening. If Jay Powell is correct and inflation is transitory, it is possible that rates markets have moved too far in the near term. However, based on traditional fundamental models, the Fed is a country mile behind the curve. Of course, one explanation for the extraordinary gap is the Fed’s forward guidance or promise to anchor policy rates.

In that context, the price action in a range of “liquidity beneficiaries” has been quite interesting. As we have often noted, the long period of low rates, super abundant liquidity, low volatility and the prevailing bias that rates would remain anchored, has encouraged investors to increase leverage and allocate capital to levered entities. Of course, once dollar interest rates rise that tends to expose the naked swimmers or vulnerabilities. Turkey and the Lira is one of the more extreme examples. Especially when the Central Bank has been coerced into slashing rates in the face of elevated inflation. Nonetheless, the currency’s collapse has been brutal (chart 2). Clearly Turkey is one of the most fragile dominos. However, imagine if the Fed had normalised policy in a manner consistent with traditional models of the output gap and inflation which imply that the funds rate ought to be near 6%. 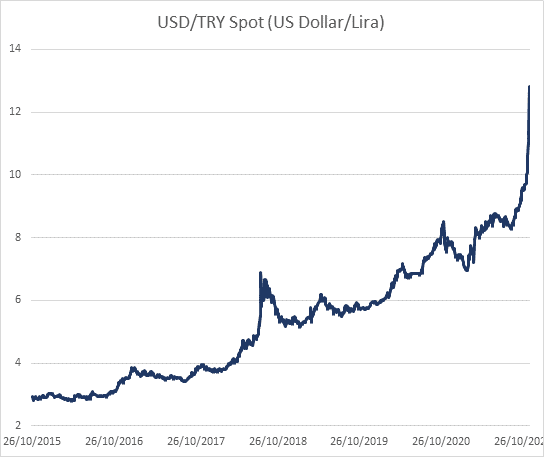 For equities, there has also been a sharp correction some of the liquidity beneficiaries or weakness under the surface despite the US indices remaining near the record high. Our proxy for the most fragile companies is a basket of 70 companies with; excessive balance sheet leverage, negative free cash flow and extremely expensive valuation (based on hopes and dreams rather than cash flow). While the basket is still well above pre-pandemic levels, the correction from the record high has been material. If there was a proper rise in short rate expectations, these expensive and levered entities could be eviscerated. 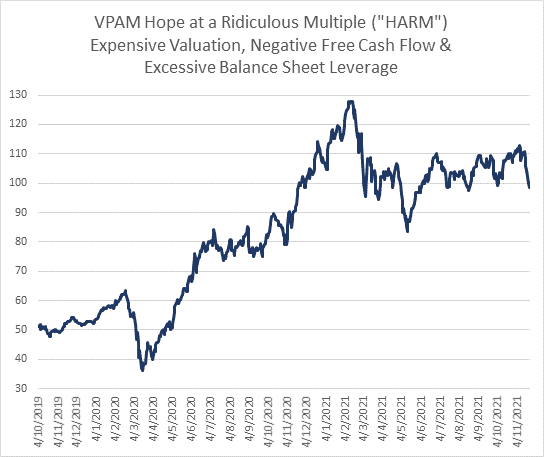