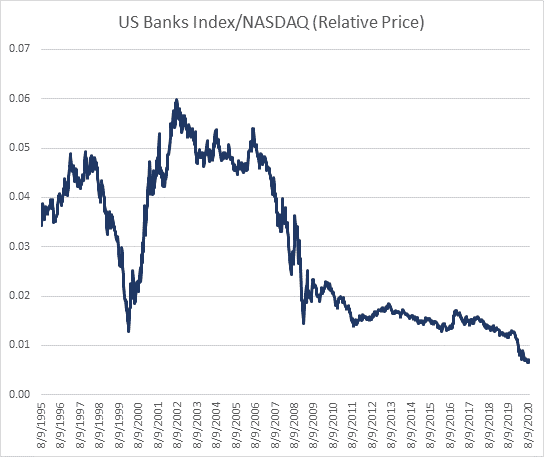 From our perch, “risk on/risk off” used to be one of the most irritating acronyms in macro investing as it often ignored important underlying trends or anomalies at the country, sector or single stock level. Over the past few weeks, “fiscal on/fiscal off” or the prospect of whether additional fiscal easing will be delivered appears to be driving short term sentiment in markets. Similar to the optimism or pessimism relating to US-China relations in 2019, the recent price action provides an important reminder on the perils of trading headlines.

While the Donald withdrew from negotiations on Tuesday, he approved a piecemeal approach only a few hours later and contributed to a reversal in equity markets. As we have noted over the past few weeks, sustained and aggressive fiscal easing is critical to maintaining the recovery in growth and profits. Ultimately it is likely to be delivered regardless of the outcome in November. Therefore, any volatility associated with political uncertainty is probably an opportunity to scale up long equity exposure. In the absence of additional fiscal easing, the Fed would deliver additional QE. However, that would contribute to very different sector leadership within the equity markets. Stated differently, if additional fiscal easing is not approved over the coming weeks, the fiscal impulse will become a drag on growth next year and likely reinforce the dependence on monetary policy and the existing low rate, disinflationary regime.

The key big picture point is that fiscal support measures implemented this year have likely been critical in maintaining household income and stability. Therefore, a failure to extend that support and fiscal spending would likely be a threat to the expansion. It has also been important that the fiscal measures have been backstopped by the Federal Reserve. However, looking forward, sustained fiscal easing will probably be necessary for broadening the expansion and contributing to a rise in long end yields and rotation from “growth” into “value” sectors or a shift in sector leadership.

In the longer term, the composition of fiscal spending also matters. The most effective would be spending on infrastructure or other investment that would raise the productive capacity of the economy. As a libertarian I am philosophically aligned to lower taxation. But empirically, lower taxation does not necessarily lead to increased capital spending or investment. While transfer payments (cash flow) has been critical to maintaining household income and stability in this episode, they are not productive in the medium term. However, it would be a policy error to reverse or remove fiscal support too soon in this expansion.

For markets, sustained fiscal easing is key to a change in market leadership. The underperformance of “value” sectors like banks compared to technology (liquidity beneficiaries) has been well documented, but still extreme (chart 1). In contrast to the 1999/2000 episode it has also been driven by earnings or cash flows. Nevertheless, a reversal in the discount rate and a rise in long-end yields (for the right reasons) ought to lead to a cyclical rotation into value, small companies and industrials. However, if the expansion remains dependent on the Federal Reserve and liquidity, we would expect the existing sector leadership to persist. The discount rate environment is very different compared to the episode in 2000. As we noted recently, major market corrections are caused by either Fed tightening or recessions. In June 2000, the Fed Funds Rate peaked at 6.5%. In the current cycle, the Fed is not even thinking about thinking about raising the Funds rate until at least 2022.

Aside from the discount rate, the House of Representatives antitrust subcommittee released a lengthy report this week recommending a significant strengthening of regulatory measures aimed at combating the monopoly powers of the large technology companies that have contributed to a large proportion of the recent stock market returns. While this has been a potential threat for at least the past few years and there is no guarantee that counter measures or enforced breakups will be enacted into law, mega cap technology sector outperformance and monopoly-like profits (returns on equity) have clearly not gone unnoticed by both sides of Congress. As a result of sustained outperformance they are also crowded long positions. However, our sense is that that most likely driver of sector rotation would be sustained fiscal easing, broadening of the expansion and higher long end yields. But if the existing regime persists we would have a preference for Asian technology which trades at an 80% discount to US peers.