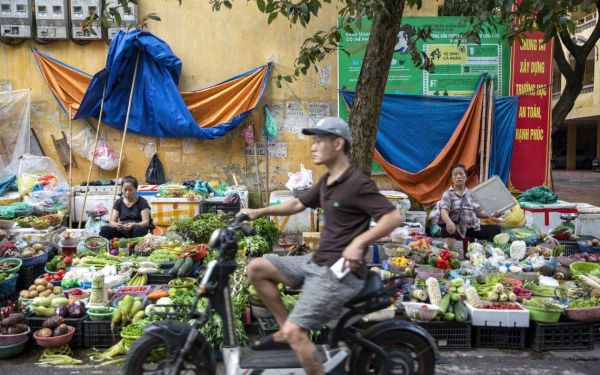 VIETNAM’S Prime Minister Pham Minh Chinh is confident that the country’s growth will exceed expectations this year, and retain the title of South-east Asia’s fastest-growing economy through 2023, as it emerges from the pandemic.

He expects gross domestic product (GDP) to rise 8 per cent in 2022 – faster than the median 7.3 per cent pace estimated in a Bloomberg survey – and expand 6.5 per cent in the following year.

In a speech to the National Assembly’s fall session on Thursday (Oct 20), Chinh described the 2023 projection as “reasonable” given the many challenges and difficulties facing the economy amid a worsening global outlook. He said the current year’s GDP performance will also add a layer of challenge for growth next year by way of a higher base.

His annual address sets the economic direction for the year ahead and comes amid efforts to support a recovery from last year’s anti-virus lockdowns when factories were shuttered and global supply chains were crippled. Since then, the economy has rebounded as restrictions ended, domestic demand picked up and exports increased.

Vietnam posted a double-digit growth in the third quarter, with the government striving to balance between curbing inflation, shielding households from the impact of rising costs of living and maintaining the economy’s recovery momentum. The central bank is urging commercial banks to find ways to keep lending costs low, even after it delivered a rare monetary policy tightening with last month’s interest rate hike to curb inflation and stabilise the currency.

The government “will manage policies that can help economic recovery but will also be mindful about the risk of fuelling inflation”, said Chinh. “The government will aim to maintain sufficient money supply for businesses while strictly controlling loans to potentially risky areas.”