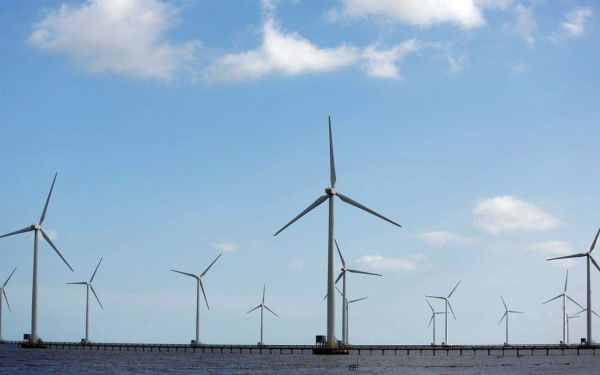 VIETNAM is set to follow Indonesia and South Africa with a climate financing package of at least US$11 billion to shift its economy away from coal and boost the rollout of renewable energy sources.

Vietnam and its donor countries, led by the European Union (EU) and the UK, are aiming to announce the Just Energy Transition Partnership funding deal — which could total as much as US$14 billion — at the EU-ASEAN summit on Dec 14, according to people familiar to the matter. Between US$5 billion and US$7 billion will come from public loans and grants, with the rest from private sources.

About 85 per cent of the package has been done, but the issue of decarbonising the country’s power sector still needs to be finalised, one of the people said. Vietnam was understood to have been analysing Indonesia’s deal, announced earlier this week, and key members of the country’s leadership still need to be won over, the person said.

Negotiations have also been clouded by concerns about how much of the funding would be grant-based and how much debt Vietnam is willing to take on, even at highly concessional rates. It’s also not clear that a deal can be reached without the release of environmental activists currently jailed in the South-east Asian nation on what supporters call trumped-up charges.

Vietnam’s package is set to be the third in a series of blockbuster deals to help large coal-reliant middle-income countries accelerate their transition to low-carbon economies. South Africa’s US$8.5 billion agreement was the first, announced at last year’s COP climate summit, with an investment plan signed off at this year’s meeting in Egypt. Indonesia’s US$20 billion pact was unveiled at the Group of 20 (G20) gathering in Bali this week.

Two similar energy transition packages are in the pipeline for Senegal and India, which is hosting the G20 next year.

Coal makes up about half of Vietnam’s energy supply, yet its 2,000 miles of coastline are seen as ideal for generating wind power. The partnership will also involve technical assistance on how to streamline renewable regulations as the country aims to reach carbon neutrality by the middle of the century.

Like the Indonesia deal, some of the private finance is expected to be provided by the Glasgow Financial Alliance for Net Zero, a group of 550 financial institutions with US$150 trillion in assets.