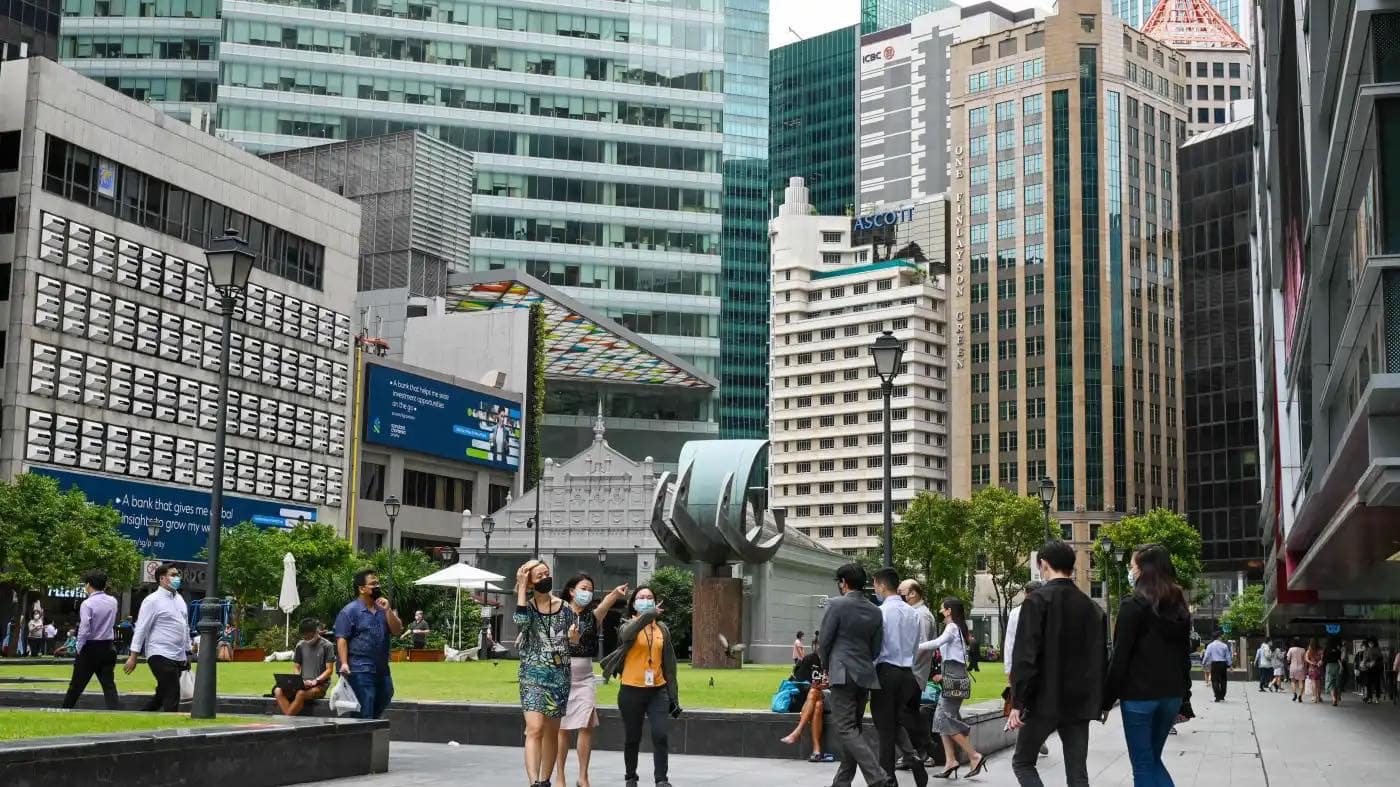 SINGAPORE — This tiny nation has become an unexpected beneficiary of the intensifying conflict between China and the U.S. as Chinese entrepreneurs and engineers flock to it, helping to ignite startup and fintech booms.

Next-door neighbor Malaysia was the only other of Pew’s 19 countries to view China more favorably than the U.S. The results are based on a total of 24,000 responses.

A similar Pew Research Center poll last year showed similar results, and the sentiment appears to be percolating up to government policy in the city-state.

Singapore in July announced a national project called Cadence (CAncer Detected Early caN be CurEd). Cadence’s goal is to establish a technology that from small blood samples can detect lung, liver, stomach and six other major types of cancer at an early stage.

The National Cancer Center Singapore, National University Hospital, Yong Loo Lin School of Medicine, the National University of Singapore and other institutions are participating in the grand project, which will test more than 12,000 residents in the first phase, from 2022 to 2024, then test more than 100,000 residents in the second phase, starting in 2024.

At the opening of the signing ceremony, Minister of Health Ong Ye Kung proudly introduced Dr. Zhou Lihan, co-founder and CEO of Mirxes, a startup that is playing a key role in the project.

As Ong said, “Lihan moved to Singapore from China in 1998, he grew up under Singapore’s education system, graduated from NUS and then became a Singapore citizen.”

He does show how Singapore is becoming a new California of sorts, attracting bright minds from afar with its educational institutions than keeping them by presenting them opportunities.

Mirxes is a biotechnology startup that has advanced microRNA analytical technique. The company has already put a diagnostic test kit for gastric cancer into practical use.

That said, it is a rare trait to entrust a national project to a startup founded relatively recently, in 2014, while trumpeting the CEO’s birth country. In a country like Japan, where many citizens do not have a favorable impression of China, it is rare for a politician to make such a statement.

Mirxes plans to spend 50 million Singapore dollars ($35.7 million) on the project. “This will be a game-changer,” Zhou said, “if the Project Cadence team succeeds in developing this blood test.”

In multiethnic Singapore, where people of Chinese descent constitute more than 70% of the population, many inhabitants speak English and Chinese fluently. The ancestors of many Singaporeans migrated from China, forging the foundation of the city’s close ties with China.

To deal with its declining birthrate, Singapore allows foreigners who can be expected to contribute to the country to gain citizenship. There are quite a few Chinese like Zhou who go on to become Singaporeans.

Many Chinese entrepreneurs have come to Singapore for business opportunities. Jennifer Zhang graduated from Zhejiang University in China. She also studied at Keio University in Japan and completed her master’s degree in public policy at the University of Southern California. She founded artificial intelligence startup Wiz Holdings in Singapore in 2019.

Wiz provides a system in which humanized AI automatically responds to inquiries in a customer’s local language, perhaps English with a Singapore accent, or Thai or Indonesian. The 3-year-old startup’s speak-like-a-native AI has been well-received by corporate clients like a Japanese insurer.

“Singapore is by far one of the most innovative countries in the world,” Zhang said, “with strong government support and a collaborative environment which allows people with similar mindsets to network and discuss ideas.”

Chinese talent and companies are increasing their clout in the financial sector as well. Ant Group, the financial affiliate of Chinese tech giant Alibaba Group Holding, launched a digital wholesale bank in Singapore in June.

China-affiliated Green Link Digital Bank launched in June. Of the four companies/consortiums that the Monetary Authority of Singapore authorized for digital banking, two are Chinese.

Moves like Li’s are examples of Singapore’s strength in attracting talent from China.

“We would like to do more [regional] investing,” said Jia Hang, Ant Group’s general manager for Southeast Asia, “and we would like to partner with more local businesses here to better serve the locals.”

Full of Chinese-speaking talent, Singapore has become a bridgehead for Chinese companies seeking to make inroads into Southeast Asia.

Singapore has another attribute that is helping it gain Chinese brains — its ability to also lure talent from other countries. “Singapore has developed a strong technology talent base,” said Gregory Van, the Hong Kong-born CEO of Endowus, a Singapore-based digital wealth platform.

Singapore — a core Southeast Asian hub for U.S. tech giants like Google and Facebook parent Meta — has attracted engineers and AI experts who have worked for multinational companies.

The city-state has maintained neutrality in the new cold war, one in which countries are under pressure to choose sides, the U.S. or China. Politicians and business people in the city-state of 5.45 million residents understand the value of this stance.