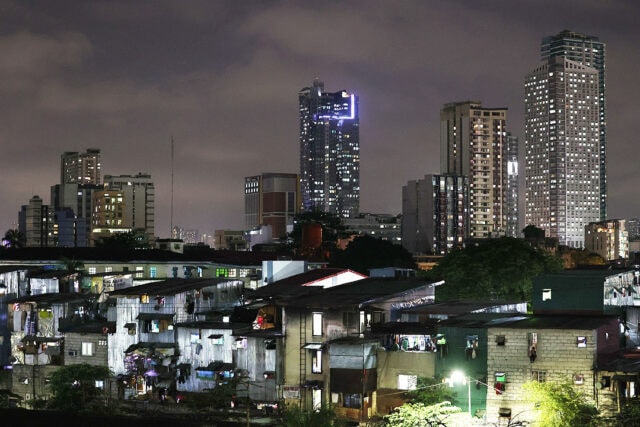 PRESIDENT Ferdinand R. Marcos, Jr. on Wednesday wooed foreign businesses in Singapore to invest in the Philippines, which he described as “Asia’s fastest rising star.”

“We are presently on a steady path to a strong recovery from the pandemic and a robust economic expansion. In the next few years, our economy is expected to outperform our regional peers,” Mr. Marcos said at a Philippine economic briefing in Singapore that was livestreamed on Facebook.

The Philippine economy grew by 7.8% in the first half, as business activity picked up amid the decline in coronavirus infections. The government is targeting 6.5-7.5% gross domestic product (GDP) growth for the full year, and 6.5-8% for 2023 to 2028.

Mr. Marcos, who is on a state visit to Singapore, said the administration is committed to establishing “an even more competitive business climate, conducive to high-value investments.”

Finance Secretary Benjamin E. Diokno said the economy’s prospects are “bright and promising” as it continues to recover from the pandemic.

“The country’s solid macroeconomic fundamentals reinforced by structural reforms enabled us to withstand the headwinds of the pandemic and mount a strong recovery,” Mr. Diokno said at the same event.

He highlighted several key economic reforms, such as amendments to the Retail Trade Liberalization Act, Public Service Act and Foreign Investment Act, which are aimed at encouraging foreign companies to invest in previously protected sectors.

The Finance chief also touted the Corporate Recovery and Tax Incentives for Enterprises (CREATE) Act, which reduced the corporate income tax on companies.

“We have changed drastically our environment, and now I think you’re welcome to do business in the Philippines. It’s a much improved environment. Plus, our secret weapon is our young population,” Mr. Diokno said.

Socioeconomic Planning Secretary Arsenio M. Balisacan said the administration is working to address inflation and the economic scars inflicted by the pandemic, as well as create jobs and reduce poverty.

“What we are putting across, the plans and programs we are putting together, we are confident that doing business in the Philippines is not only profitable but also more fun,” he said.

“In spite of the inflation rate and the depreciation [of the peso], we’re still very much okay. And you don’t hear a lot of complaints (from) the private sector. So, we’re confident that we’re altogether (heading) toward a better economic future in the Philippines,” she said.

In order to attract more foreign investments, Trade Secretary Alfredo E. Pascual said the Philippines is looking at entering into more free trade agreements, and plans to sign one with South Korea by November.

He also said the new administration will prioritize the ratification of the Regional Comprehensive Economic Partnership (RCEP). The previous Senate failed to ratify the RCEP due to concerns over the lack of protection for the agriculture industry.

The Bases Conversion Development Authority (BCDA) and Enterprise Singapore signed a memorandum of understanding (MOU) “to jointly develop the New Clark City through technology transfer and partnerships in urban and smart city solutions.”

The armed forces of the Philippines and Singapore sealed a deal wherein a Philippine team will be assigned to the Regional Counter-Terrorism Information Facility in Singapore.

The Department of Information and Communications Technology and its Singaporean counterpart inked a MOU on digital cooperation.

The National Privacy Commission and Singapore’s Personal Data Protection Commission also renewed their MOU that would pave the way for more collaboration in the digital economy and data protection.

The Metropolitan Waterworks and Sewerage System renewed the MOU on water collaboration with Singapore’s Public Utilities Board.