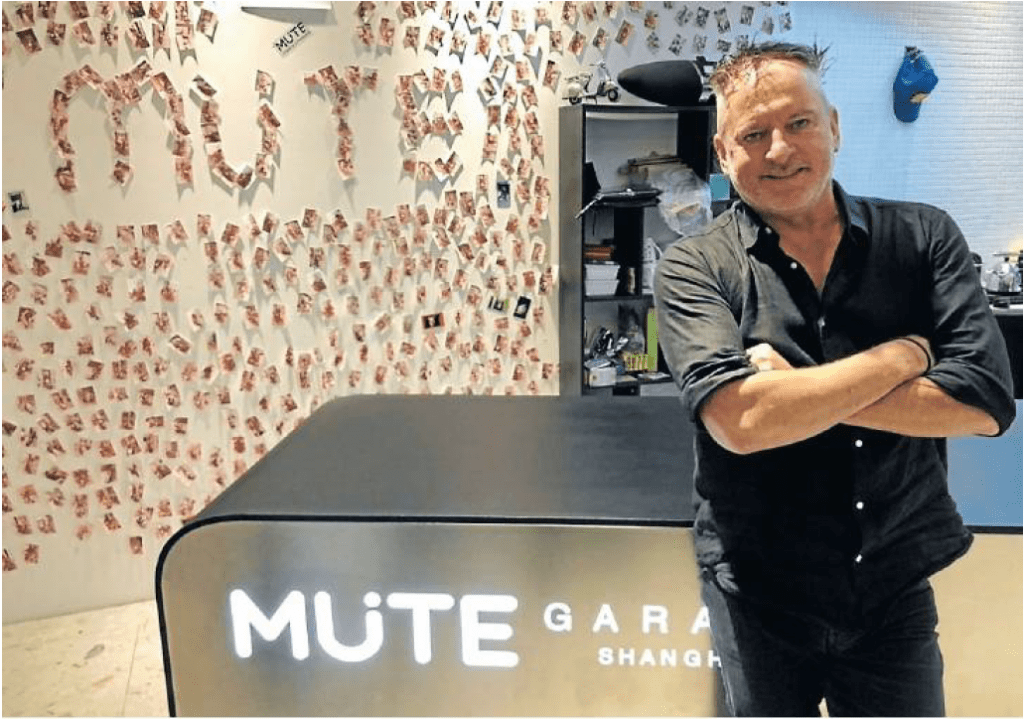 China An Australian expat is spruiking the ‘Netflix of transport’.

Shanghai | Patrick Davin is unlike most of the Australian entrepreneurs who come to China to seek their fortune.

Instead of exporting an existing business model into the world’s biggest consumer market, he wants to take his Shanghai start-up – MUTE International – global.

Mr Davin, who spent years manufacturing electric scooters in China, now leases them to consumers through a Netflix-style subscription-based model that has been booming in the postcoronavirus economy.

‘‘I like to call MUTE a start-up that has already started up. We are the Netflix of the transport industry. You pay a subscription fee and we give you the product,’’ he told The Australian Financial Review in an interview at his Shanghai showroom.

Initially popular with expatriates in Shanghai, many of MUTE’s 4500 members are now Chinese who no longer want to own their own scooter or car as they cut costs in the post-coronavirus economic downturn.

Chinese consumers have also gone off the bicycle-sharing platforms that were booming three years ago when Mr Davin set up the company.

‘‘I launched MUTE three years ago during the biggest boom in sharing platforms. People said I was mad,’’ he said.

‘‘But I realised the world was changing. Millennials and post-Millennials had all grown up with the emergence of transport on an app such as Uber. Car sales were going down.’’

An unexpected twist of coronavirus, which hit China in late January and February, was that while many of his expatriate members left, they were replaced with locals who did not want to catch public transport or use shared bikes. The subscription fee is 300 yuan ($60) a month.

‘‘Our Chinese customers went through the roof during COVID because everyone was so paranoid about touching a handlebar other people had touched. People were reluctant to get on a subway, train or taxi because of the last person there,’’ he said.

China was a logical market for Mr Davin – who founded ASX-listed Chinese scooter manufacturer Vmoto – to set up shop. There are 15 million scooters in Shanghai alone, which has a population of 24 million.

MUTE now has offices in Indonesia, the UK, Taiwan, Thailand, Vietnam and France, and is trialling a small number of scooters in Australia. He has ambitious plans to take the business global. Indonesia, including Bali, is the second-largest market with 500 members. He said membership was growing at 100 a month.

Mr Davin is in talks with potential investors in Singapore and Hong Kong for the funding to boost membership to to 20,000.

He said the company wa profitable and has a market cap of $US25 million ($36 million) but that could increase tenfold in the next 18 months.

‘‘We see it as a unicorn business as the market is so big it won’t take long, The only limitation is capital to purchase the bikes,’’ he said.

‘‘People laugh at me when I say we are going to a quarter-of-a-billion dollar valuation. but if you have 20,000 members and those members are generating, for example, $60 a month, that’s $US1.2 million a month in revenue.’’

Longer term, the targets are even higher. Mr Davin sees potential for a $US10 billion market capitalisation if they can get to 1 million members in the next three to four years.

Mr Davin is not happy about the deterioration in China-Australia relations but said it was not hurting his business so far.

‘‘Most businesses open locally [in their home market] and then aspire to go into the Chinese market. China has been great to deal with and we’ve learnt a hell of a lot from opening here.’’